I saw the SUN

I was greeted by this beautiful sight earlier this week 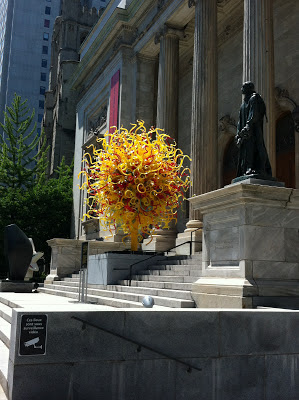 Just was is it?

It is the sun 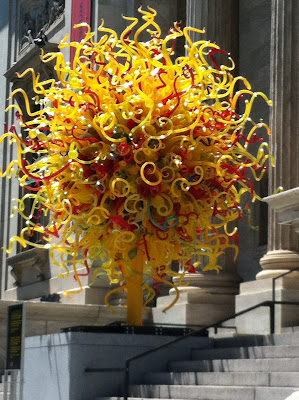 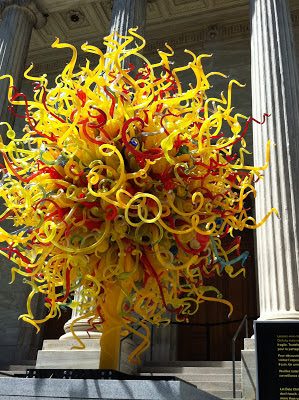 It is all made of blown glass, every piece of it.

I found it so breathtaking I cried. Right in the middle of Sherbrooke street.

It was created by Dale Chihuly from Seattle.

This morning I had
to take my cereal Tupperware to carry soup for lunch so I just shoved the granola in a zipper bag.

But wait a minute! I didn't have a bowl at the office....Pyrex to the rescue! 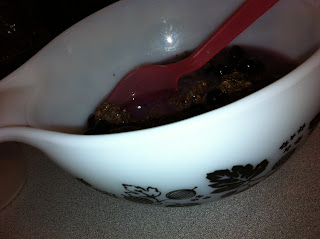 But just what is that murky stuff inside??? 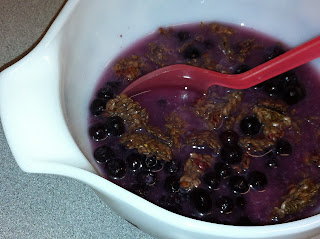 It is flax granola with thawed blueberries and rice milk
It is actually quite good.
Needless to say that I locked my Pyrex Gooseberry in my desk! LOL
(it is a slow Friday night when all there is to watch on tv is The Phantom Menace and Triple D! Guess which one I'm watching)
Posted by Vonlipi at Friday, May 24, 2013 No comments:

Last Saturday was one of 3 garage sale dates where I lived. We had discussed having one, but were too tired.

So when you're not having one, what do you do??? You hop in the car in search of goodies! 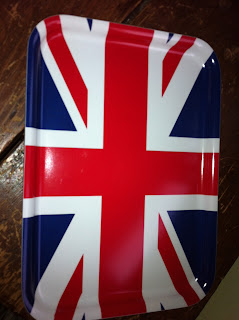 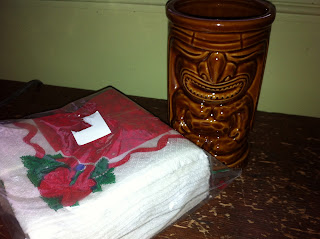 A cool Tiki glass and an unopened package of Xmas paper napkins SWEET!
We also bought an unopened bicycle cover and a new human powered lawn mover for $10.
They usually sell for $100 plus.
so all and all we were satisfied with our morning.
Sleep tight!
Posted by Vonlipi at Thursday, May 23, 2013 1 comment:

On this beautiful Tuesday night I'm blogging and watching the finale of DWTS.

Do you have favorites? Personally, I'm rooting for Kellie and Derek. we'll see...

Allie and Mark just got eliminated...Stress!

I'm still in the process of purging, it can be very frustating as it can be a very slow and tedious and emotional process.

So here's the latest offering 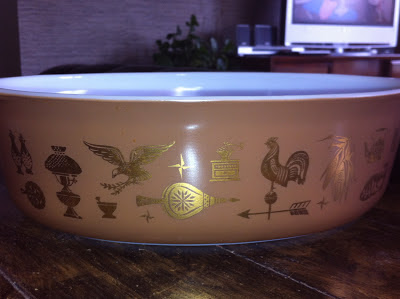 Early American 2 1/2 quarts casserole
Super nice condition
free if you want it, you just have to fork up the shipping charges
My bedtime is nearing, so I must go
Be well bloggy friends I hope to post real soon
Posted by Vonlipi at Tuesday, May 21, 2013 1 comment:

By now you probably know that I get a kick out of shopping in ethnic groceries, specially oriental ones.

One of my fave is in Verdun on Wellington street, I have no idea of its name. And in fact is is more than an oriental grocery, it is also a latino and african grocery that catters to a large immigrant population in Verdun.

So it is a bonanza of exotic, cool stuff!

The meat is very fresh and as a matter of fact I buy pork for stirfrys that is really lean and delicious.

Here's what I saw the other in the meat counter... 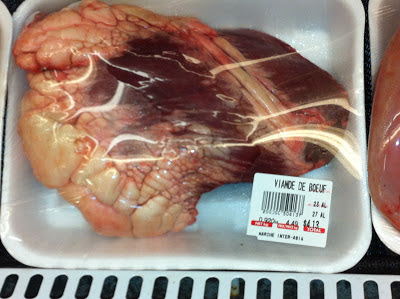 the tag says viande de boeuf (beef meat). Yes it is, but it is
really beef heart. 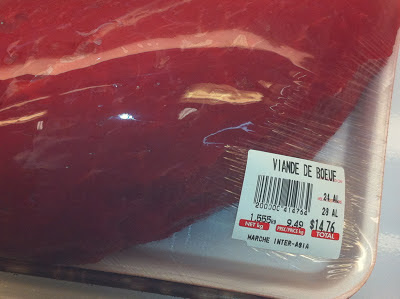 More beef meat (viande de boeuf)
looks like beef, but what cut is it? 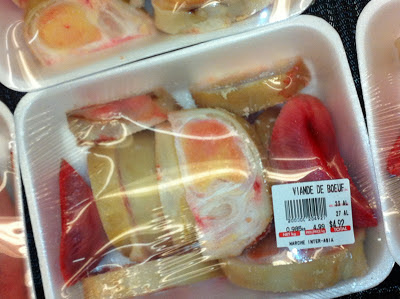 What is this? Beef tail? no clue but it is still called viande de boeuf
(beef meat). Funny no?
I won't be buying the last cut anytime soon, because I have no idea what to do with it....
But I could go for the second .
Have you seen interesting things in grocery stores lately?
Posted by Vonlipi at Tuesday, May 14, 2013 1 comment:

I love browsing in stores.

Most of the times I don't even buy anything, I love to see the colors, the new wares... 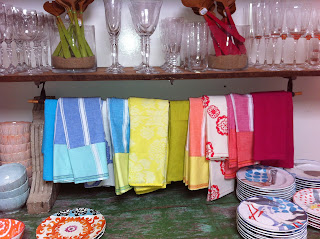 I get a kick of window shopping at Anthropologie 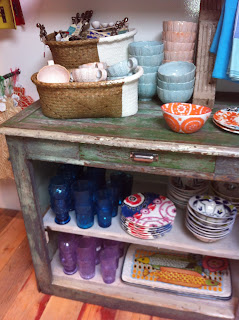 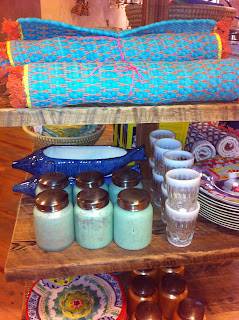 As much as I love to browse at Anthropologie I say to them: What's up with those sizes???

How come a XL in your world is really a M in real life? How come you sell skimpy shorts for $68, and skinny coloured jeans for $98??? And howabout a pair of salad thongs for $38????

What distressed me even more is that this company is owned by Urban Outfitters. YIKES!

I don't think I'll loose enough weight to EVER fit in their clothes! Too bad, I,ll spend my money elsewhere!
Posted by Vonlipi at Friday, May 10, 2013 3 comments:

What happened to Spring?

Truly I have no idea!

Less than 3 weeks ago we had snow on the ground, 2 weeks ago I was wearing a winter coat....

This week I'm running trying to find my summer clothes!

But I found time for my numero uno get ready for nice weather ritual! A pedicure! Homemade but a pedicure nevertheless. 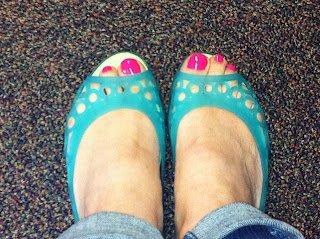 They are turquoise and totally fab!
Who doesn't love turquoise?
Be well!
Posted by Vonlipi at Sunday, May 05, 2013 2 comments: