After we agreed to put the house on the market...It was time for pictures!

That was nerve racking! Because that was then that it hit me...I was putting my house on the market!

This was HUGE! This was going to be life changing!

It think it went on the market on Boxing Day. It is very exciting and scary all at the same time.


Now for the resolutions...nothing too drastic this year....I am moving after all!

I want to read more. Real paper books not the online stuff (so far so good!)

Walk more. I want more days where I walk more than 10K (so far so good)

Sign up for a yoga or tai chi class

Bike. Once I move I will buy a bike and ride on the waterfront

Take up needlepoint. I have 2 vintage needlepoint patterns new in their wrapping and I can't wait to
work on them!

A nice pantry! I know this sounds funny but when I lived in the burbs I had a nice space to store canned goods. Here not so much.
So I am dreaming of organizing and storing a nice pantry with all the essentials.

Meal plan or big batch cooking. I am still unsure between both but I think the big batch will win.
I would love to have 5 meals in the freezer.
I used to be super organized in the burbs...but I guess the proximity (relative) of grocery stores really threw me off add the mourning, the depression...etc....
we are only 2 most of the time, but we never know when my stepdaughter might drop by and look all sad and lonely....

you get the gist!

So after we bought the house....It was time for R&R in Vegas!

Actually that trip had been planned months earlier.

I was sure I would love Vegas because I love neons and bright lights, but Dad had been a couple of times with Cirque du Soleil and he hated Vegas!

Yes there are 2 Vegas, the glitzy glamorous place where everything is possible but scratch the surface and the despair is real close to the surface....

But it is a feast for the eyes! 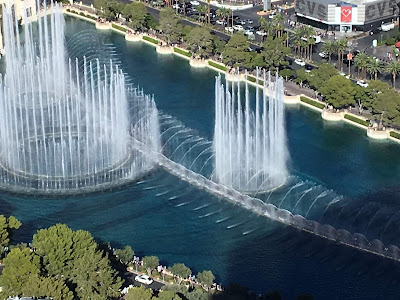 The Bellagio's fountains are breathtaking. 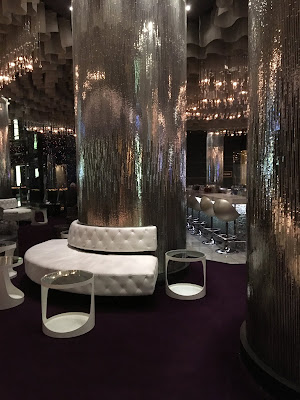 One of the Cosmopolitan's bars 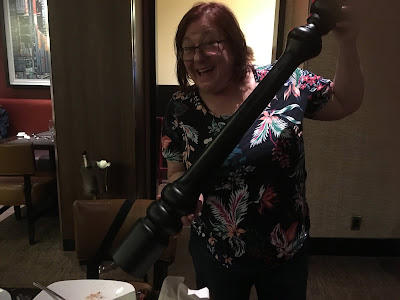 Me with a HUGE pepper mill
Fresha Peppah???

Yes I had fun, yes I will go back. I won't go to a show on my first
day....too tiring
If I go back to the Stirling Brunch I won't waste time
with that weird lobster....
I will buy that tote bag the first time I see it not think about it, go back and
never see it again....lol

I won't fly with Air Canada Rouge economy class...it is beyond cheap!

and then it was time to tidy, pack purge and get ready to sell my house!
Posted by Vonlipi at Tuesday, January 08, 2019 1 comment:

By October I realized that if I wanted to make a HUGE dent in my Dad's stuff I needed an outlet, somewhere where they would take a large variety of items....

I found those lovely people on Facebook and they have a second hand store in my new neighborhood.

They were a total godsend! and right now my priority is getting rid of stuff and making a bit of money and it makes them happy and I am happy so everybody is happy!

Here are some of the things they took 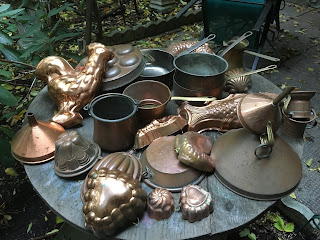 So much copper! Yes there is a market for it but people like to pay $1 soon
I was happy to see it go. 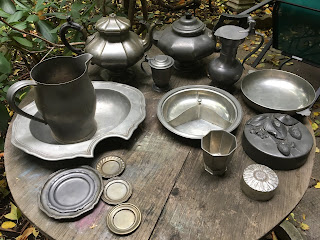 Pewter was my Mom's fave. I kept a couple of pieces
bit I was singing a song when it left.... 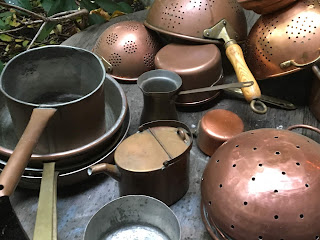 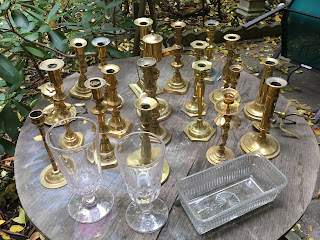 Brass anyone? The glassware I still have and I just might keep
the celery glasses because they make great vases. 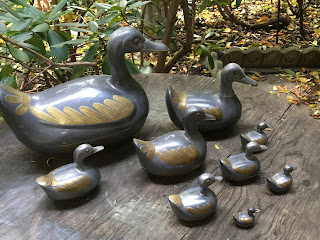 They did not want the duck family at first but they took them!
Woohoo! I could not stand these guys....
I kept an antique Chinese one for Peking duck 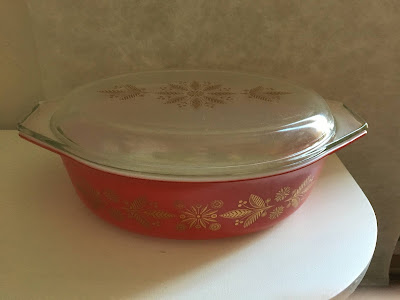 Yes I sold this one but in the classifieds and well below market price.
I am against Pyrex that is so expensive so need to second mortgage your house!
I bought this one in early 2018 for a really good price and I made a profit while
making a husband really happy to find a great gift for his wife for Xmas!
Is that a win win??? YYYEEESSSSSSS! 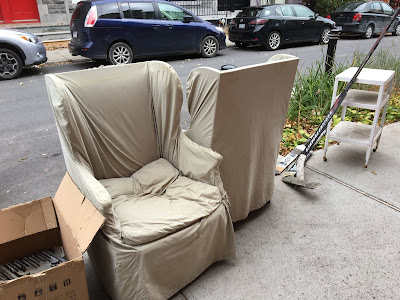 I French those chairs are called Burgers and I've seen them all my life.
I have a picture of Dad holding me on my first Xmas and he is sitting in one of those.
well they were from the early 1900's and would have benefited from a total makeover.
They were ripped up by claws...kinda scratchy and smelly so out they went....

and then I fell in love! Every Thursday night I would check the duplexes for sale....
and it was always the same listings....crappy buildings....weird renos....a new trend is totally opening
the space even the bedroom.....NO just NO! 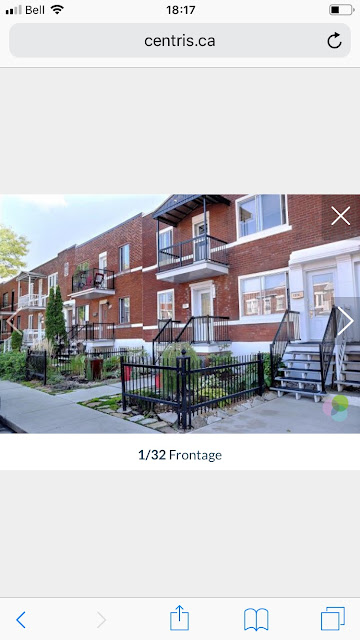 I saw it on Friday night, I left a message to the realtor. He called me back on Saturday
On Sunday we visited, we made an offer and it was accepted all in the same weekend! 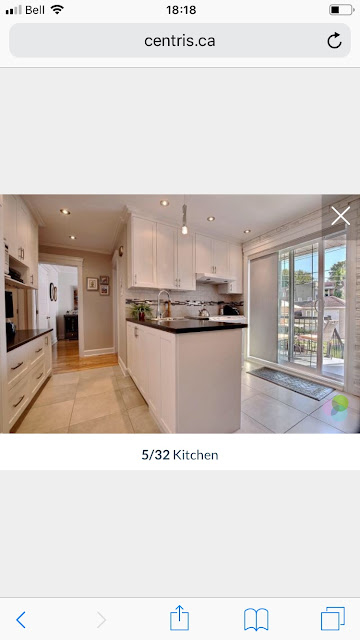 I dream of that kitchen at night...heated floors ...what???
It is so square....and plumb and white and shiny. 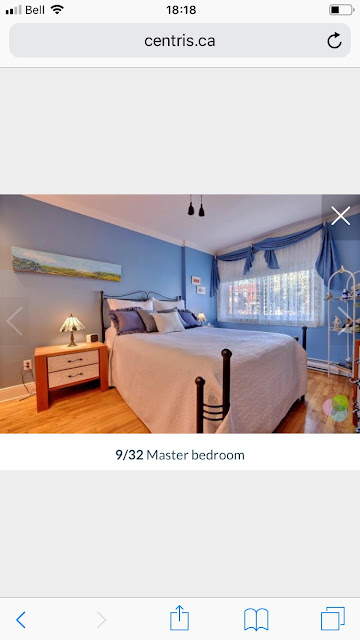 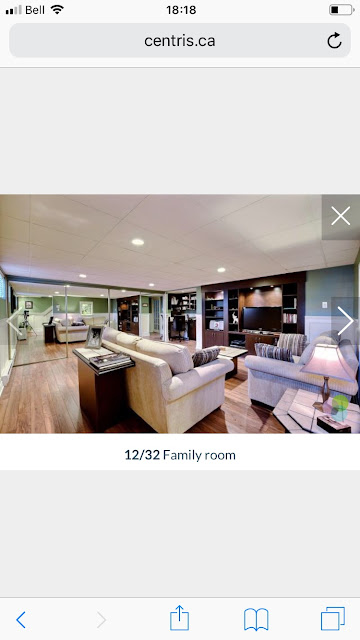 Thanks for bearing with me! I was sure by January 5th I would've posted my resolutions...

I still haven't been to Vegas!

That is for another day

Be well my friends
Posted by Vonlipi at Saturday, January 05, 2019 4 comments:

Starting in June it was PURGE time!

and I started selling stuff in the classified. 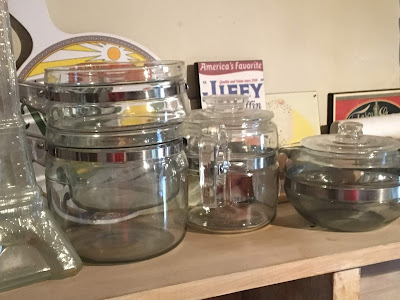 My Dad collected Flameware from Pyrex...so all I did't want I listed on Facebook 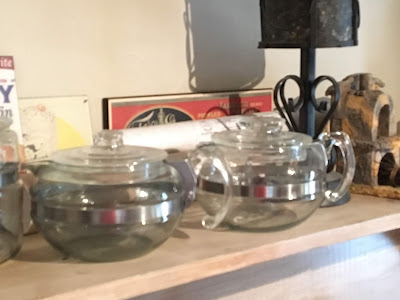 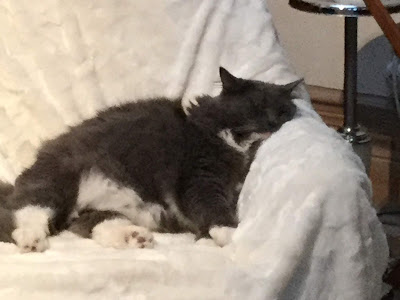 You can't tell but underneath the kitty and the throw was
a beautiful Mid-Century report turquoise chair.
It was beautiful but so uncomfortable!
I hope the new owners are happy with it! 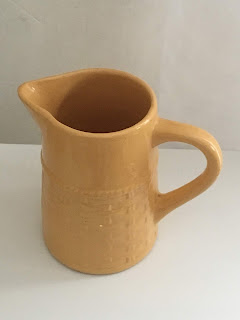 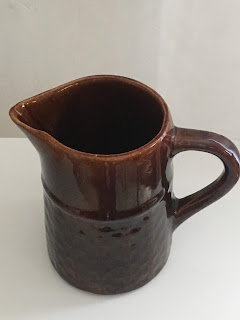 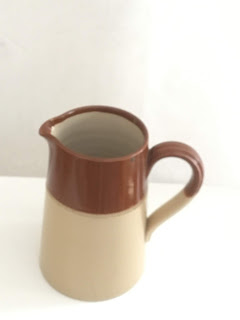 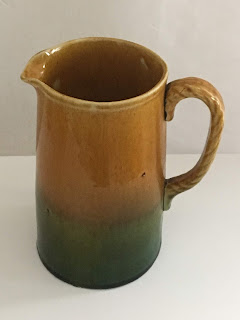 Just a small collection of my Dad's pitchers
I found a good home for them... 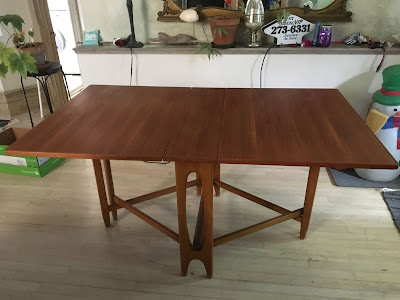 This beautiful Teak leaf table was listed on the classified and
went to a good home. 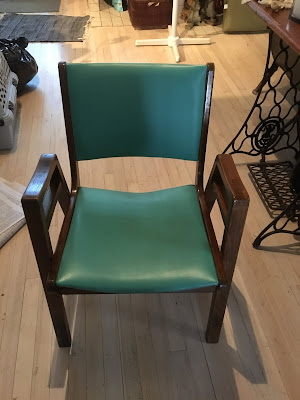 We sold 2 of these chairs and kept the third one.

we also sold patio furniture, a smoker, a planer, a router with bits...
and a Queen duvet cover, a pink coffee maker....
and much stuff I am forgetting about!

So right now I am too tired to continue....Sorry